HOA Liens Are Not Spurious

HOA liens are not spurious, even if annexation is disputed

The Colorado Court of Appeals has ruled that a homeowner association lien is not spurious, despite a property owner’s claim that its land was never annexed properly.

The case involved a long-running dispute between parties in the Stroh Ranch community in Parker, Colorado. In 1999, the project’s developer had approved a former owner’s application to annex additional real estate to the community, and the owner then recorded the annexation form with the county clerk. Several years later, the developer bought the real estate back through a foreclosure sale. The developer refused to pay maintenance assessments to the association, however, because the developer believed that the association provided no meaningful services. The association disagreed and recorded a notice of an assessment lien under both its declaration of covenants and a statutory provision of the Colorado Common Interest Ownership Act (CCIOA).

Meanwhile, the Colorado Supreme Court announced two decisions in 2016 that adopted a stricter standard for annexing property into communities subject to CCIOA. Relying on this new authority, the developer argued that the annexation was no longer valid and petitioned the district court to declare the 1999 annexation form to be a “spurious document.”

What is a spurious lien?

Colorado’s spurious lien and document act was passed over concerns about antigovernment protestors who were recording phony liens and other documents against the homes of public officials. The act defines a “spurious lien” to be a lien that is not provided-for by a state or federal statute, was not agreed-to by the property owner, and was not the result of a court judgment. It defines a “spurious document” to be a recorded document that is forged, groundless, false, or patently invalid. Persons affected by a spurious lien or document can petition the local court for an expedited order to remove the lien or document from their title. The process is intended to move quickly and be limited in scope. No discovery is allowed, and the court must rule within three weeks.

Voluntary annexation does not result in a spurious lien or document

The court of appeals reversed. First, the court ruled that the association’s lien was not a spurious lien because it was both provided-for by CCIOA statutes and had been agreed-to by the property owner under the terms of the 1999 annexation form.

Second, the court of appeals ruled that the annexation form was not a spurious document because it was not patently invalid. The court gave this phrase its ordinary meaning, such that a document’s invalidity must be “readily open to notice or observation.” The court acknowledged that the hearing judge had undertaken a lengthy analysis and ultimately found that the annexation lacked certain information required under the 2016 precedent, but the court explained that whether the annexation technically complies with these authorities “is not the point.” The court instead held: “The point is that any invalidity of the 1999 annexation amendment is not ‘readily open to notice or observation.’”

The court’s final ruling was consistent with the association’s argument that, even assuming that the developer had not followed perfect procedures when it annexed the property in 1999, that did not mean that the association’s lien should be deemed spurious in a 2017 hearing.

Based on its holding, the court did not reach the association’s other arguments, including whether the developer’s challenge was filed outside the statute of limitations, and whether Colorado law allows a developer to approve an annexation, buy back the property, and then sue the association for alleged errors in the developer’s own documents.

The court remanded the case with instructions to award the association its attorney fees and costs.

The court’s opinion was unpublished and therefore does not create binding precedent, but it may nevertheless serve as a caution for property owners seeking to attack statutory or consensual liens. The opinion reinforces the general rule that the expedited procedures of Colorado’s spurious lien and document act are limited in scope and do not take the place of a quiet title action. 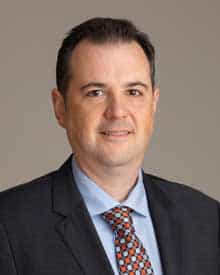